Feyenoord de Kuip stadium tour: Experience legendary moments of the world famous Feyenoord club icons such as Willem van Hanegem, Dirk Kuyt, and Coen Moulijn during De Kuip stadium tour in Rotterdam. Via DagjeuitPagina.nl you can now order entrance tickets with a 50% discount from 30.00 for only 15.00. You will easily save 15.00 per entrance ticket.

Also click here to order your entrance tickets for the stadium tour through De Kuip.

Whether you are a fan of Feyenoord or not, this Eredivisie club always commands respect. And after your 90-minute tour accompanied by a football-mad guide, you'll know all about the folklore surrounding this club and its famous stadium.

Take on the role of……… As an extra bonus, you get the chance to sit in the place of the current Feyenoord trainer, Dick Advocaat. But also to walk onto the grass of De Kuip via the famous players tunnel! And in the Feyenoord Stadium there is more than just football; concerts have been organized here since 1978. None other than Bob Dylan was the first artist to perform here.

The stadium opened in 1937 and was extensively renovated in 1994. Today it is even a monument of the city. Learn all about the history and countless interesting facts in the Feyenoord Museum. After 90 minutes of football facts and action, you'll feel like a real champion. 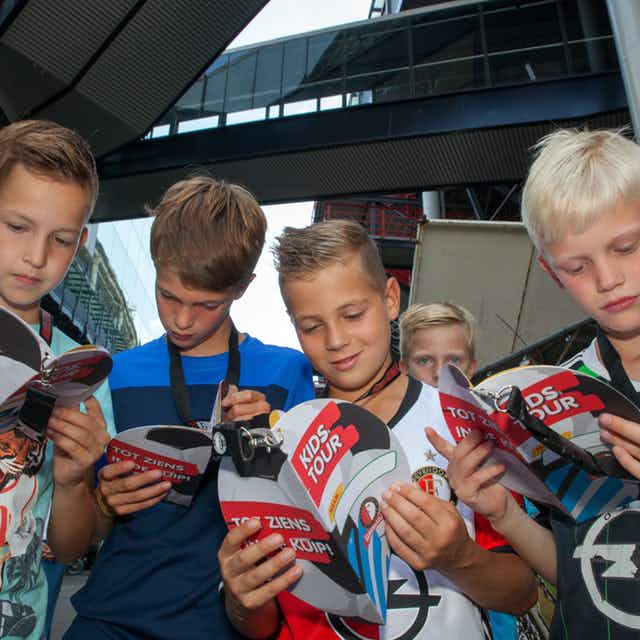 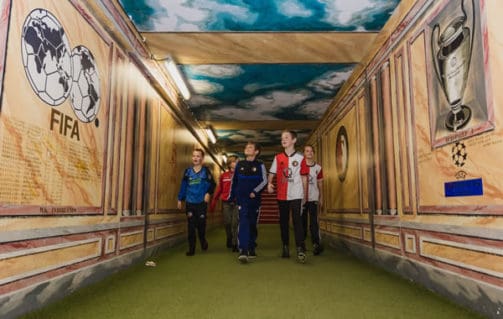 NB: The tours are only given on Wednesdays to Saturdays.

Also click here to order your entrance tickets for the stadium tour through De Kuip.

What others looked at: